By Oyise Oghene
The Airline Operators of Nigeria (AON) has cautioned the National Assembly not to throw the aviation industry into more confusion by calling for the suspension of aviation chiefs in the sector.

The body stated that the nationals assembly would be sending a wrong signal to international regulatory bodies that the nation’s aviation regulatory authority was not capable of handling the sector saying that the call was not necessary. 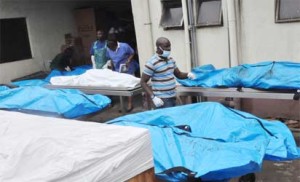 Speaking at a press briefing at the Murtala Muehammed Airport Terminal 2, in Lagos Thursday, Secretary General of AON, Captain Mohammed Joji, stated that NCAA has been able to demonstrate that it could man the affairs of the sector giving the record it has since the last time the country had a plane crash in 2006.

He pointed out that with the help of the Director General, of NCAA, the country was able to attain the precious catgory 1 status which many other countries desire to get adding that the sector should not be thrown into more confusion.

He said: “What we are saying is that whenever there is a problem, speculation is what we don’t want.   We also read in the paper that the NASS is going to setup a team to look at the airworthiness of aircraft. Now, our regulation act is about 3,500 pages, CAA has 209 etc, it took them a period of 6,7 years to get those stability.

How then do you think somebody can come and begin to look at the airworthiness an aircraft? Legislators have their job, judiciary has their job, executives have their job, as the oversight function.“Now, what they want to do is to take over the job of accident investigation by setting up a committee.

So, the call by the legislators is wrong, it absolutely unnecessary, you are telling American FAA that the cat 1 they gave us is not deserve. If we are not careful we will lose it”

He said the NCAA was established by act signed by the different arms of government adding that no single arm can take a unilateral decision of the issue adding government policies is one problem the sector is facing.

Now, when the legislator is saying they removing aviation chiefs, you have to go the parliament and you have to ask Mr. President.

“In the past 6 to 7 years, we had relative calmness in the industry. We have two issues here, constant assessment, years of statistics, from 1960 till today we 34 aviation ministers, during 1999, the longest serving civilian president Obasanjo, got 5 ministers, so already you have a distinctive policy, deviation, policy contradiction and policy for aviation, it affects the industry as well”