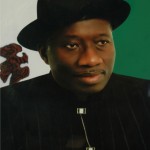 LAGOS-The Federal Government of Nigeria has signed a memorandum of understanding with U.S. firm Vulcan Energy for a $4.5 billion project to build six refineries with a combined 180,000 barrel a day capacity.

The Houston-based operation – majority owned by U.S. billionaire and Microsoft co-founder Paul Allen – aimed to have two of the refineries finished in under a year, they said.

Nigeria is Africa’s top crude oil producer but its refineries are in such a state of disrepair that they meet only a fraction of its domestic fuel needs. Its crude is shipped out and costly refined products imported.

“The project is estimated to gulp 697.5bn naira ($4.5b), while two of the refineries are expected to be completed within the next 12 months,” YemiKolapo, spokeswoman for the trade ministry said in a statement.

“Each modular refinery, when completed, will refine up to 30,000 barrels of crude oil per day and produce up to five million litres of petrol, diesel kerosene and LPFO (liquid petroleum fuel oil).”

Nigeria’s existing plants have a total capacity of 445,000 barrels per day, but are running at less than three quarters of that capacity.

Chief Edozie Njoku, chairman of Petroleum Refining and Strategic Reserve, Vulcan’s local partner in the project, told Reuters by phone the aim was to distribute the sites in different regions of Nigeria.

“We have to look at where the crude pipelines are. We need to plant them so that everyone is favoured, but in the north the pipelines only go to Kaduna (in central Nigeria),” he said.

“Two of them are going to be finished in about a year. It’s not rocket science – to have all six ready should take about 30 months,” he added.

Nigeria has two refineries in its main oil-hub Port Harcourt and one each in the Niger Delta town of Warri and in Kaduna.

Some Nigerians are sceptical about building more refineries when existing ones are under capacity, but Njoku dismissed this.

“The refineries already in Nigeria are on their last legs. They will cost the country millions to turn around. Nigeria needs new refineries,” he said.

A lot of MoUs are signed in with Nigerian authorities that go nowhere, but Njoku said he was confident the projects would happen.

“The only thing we need for this to be done is our permits from the government … They have shown enough honesty that they want these refineries to be built,” he said.