By LAZ IBEABUCHI
Nigeria Employers’ Consultative Association, NECA has reported a surplus of N43.73 million in its 2011 financial year compared to N887.88 thousand in previous year. 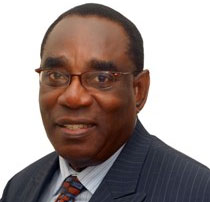 Not minding its outfitting feat, NECA has decried the threat of insecurity to the ease of doing business in Nigeria especially in the Northern part of the country.

Speaking at the 55th Annual General Meeting of the Nigeria Employers’ Consultative Association, NECA in Lagos, the President, Chief Richard Uche said the threat of Boko Haram sect has created a scare to international investors, and a dent on the country’s national image.

“This development has paralysed businesses in some Northern parts of the country and stifled productive activities. Of greater concern is the fact that businesses are closing down, Nigerians are losing jobs and families are being displaced.”

He called on a due intelligence search on the root causes of the menace and improvement of security infrastructure, as well as drastical reduction in unemployment, which is believed to have contributed to the spate of violent crimes and insecurity in the country, among other recommendations.

Chief Richard further expressed worry over the increasing GDP growth without corresponding increase in the welfare of the people. “We wish to reiterate that in assessing the performance and health of our economy, we should go beyond  the GDP growth rate.

Indices such as per capital income, number of new jobs and new businesses created, sectoral inflow of Foreign Direct Ivestment, improved and increased road  networks, megawatts of electricity generated, life expectancy, number of Nigerians with access to pipe borne water, health facilities, housing, decrease in crime rates, etc should feature prominently in the scorecard. These are fundamental issues that assist us in knowing whether our nation is indeed progressing or retrogressing.

“Thus, while we commend the government for its increased attention on improving security in our country, we should, however, emphasize the antidote to sustainable safety and security of the country lies in a healthy and prosperous economy that ensures inclusive growth and job creation,” he said.

Continuing, he said, “There is no gain saying the fact that corruption has been the bane of our economy. This monster has continued to drain our commonwealth of resources that would otherwise have gone into improving our citizenry. We call on the government of the day to demonstrate a renewed commitment to eradicate corruption and rein in this bull in our China shop.