The Nigerian Ecobank Transnational Incorporated (“Ecobank” or “the Group”) has been named “Best Bank in Africa” by the leading international finance magazine, Euromoney, for the second consecutive year. The awards were presented last week at the 2012 Euromoney Awards for Excellence Dinner in London.

Regarded as the flagship awards for financial services globally, the Euromoney Awards for Excellence are now in their 22nd consecutive year. This year’s awards process, which began in April, attracted over 600 submissions from the world’s banks and brokerage houses. 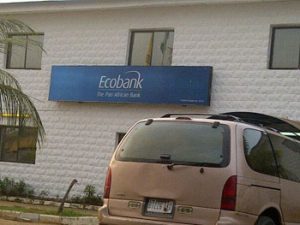 In deciding on the award winners, Euromoney’s dedicated research team and awards panel rated all the submissions on both quantitative and qualitative factors, such as KPIs, financial ratios and innovation, over the past 12 months.

“The African continent’s original pan-African group is now the largest financial institution in Africa by geographical outreach, operating in 33 countries. The quality of the management, strategic outlook and growing profitability stand Ecobank in good stead. Moreover, it is close to holding assets of USD20 billion, thus reaching a level where economies of scale will kick in and boost efficiency and cross-selling of products and services.”

While commenting on the Award, Arnold Ekpe, Ecobank’s Group CEO, said, “”We are honored to be recognized again in these prestigious international awards. 2011 was a transformational year for Ecobank, thanks to major acquisitions in Ghana and Nigeria and strong organic growth across our Middle African footprint. We are actively managing this growth, continuously enhancing our technology platform and risk management framework. I believe that Ecobank is now positioned rapidly to become the undisputed number one bank in Middle Africa.”