PricewaterhouseCoopers (PwC) expects a third of its global revenues to come from developing markets by 2016, up from 19 percent now, as its clients look for attractive returns away from crisis-hit mature economies.

Dennis Nally, chairman of PwC International, saidAfrica was a key part of the group’s strategy and it had overhauled its governance structure by consolidating its 17-member firms on the continent as opposed to operating as individual legal entities.

PwC was expanding inAfricato meet demand for services from large multinational clients growing into the region to offset slowing growth in their home markets, he said. 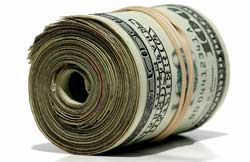 These plans could easily seeAfrica’s contribution to its revenue double over the next five years from $575 million in 2011, the company said.

“We expect that by the year 2016, about 30 percent of our revenues globally will come from developing markets … includingNigeriaand that is a very significant shift,” Nally told reporters during a visit toLagos.

“Our business mirrors what’s going on with our clients. So the shift that our clients are experiencing from the developed markets to the developing markets, we see that.”

He said most of the interest in Africa was coming from Asia, includingChinaandIndia, and from investment flows within the continent, particularly fromSouth Africa.

PwC last year said it planned to invest $100 million inAfricaover the next three years, and nearly double its 8,000 staff over a five year period.

Sub-SaharanAfricais one of the world’s fastest-growing regions, with the International Monetary Fund (IMF) projecting economic growth of 5.4 percent this year and 5.3 percent next.

Soaring commodity prices underpin much of that growth, although economists also point to the expansion of technology such as mobile phones and a steady improvement in the region’s political and economic governance.

PwC already has a presence in 31 of Africa’s 54 countries, but wants to broaden that into states at the far end of the “frontier market” spectrum, includingEthiopia, Africa’s most populous nation afterNigeria, andSouth Sudan.

Africaremains a difficult place in which to do business, with corruption and bureaucracy creating a major barrier to entry, especially for U.S.-listed companies that have to comply with strict anti-graft regulations back home.