The Shell Nigeria Exploration and Production Company (SNEPCo) has threatened to sue the federal government over its insistence that the company pays up 5 billion US dollars as penalty for the 2011 Bonga Oil spill.

The Oil giant also attempted to clear the air on media reports over the fine imposed on it for last December’s oil spill at the offshore field, Bonga. At a hearing in Abuja on 16th July, 2012, on the spill before the House of Representatives Committee on Environment, the National Oil Spill Detection and Remediation Agency (NOSDRA) had indicated that they would recommend “an administrative fine” to Government because of the incident.

SNEPCo insists that there is no legal basis for such a fine. The company responded professionally and diligently to the incident and worked at all times alongside and with the support of relevant authorities including NOSDRA. 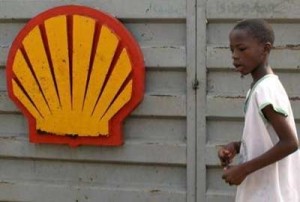 “SNEPCo will challenge any attempt to impose such a penalty,” said Managing Director Chike Onyejekwe. “Some parties are alleging that oil from the spill impacted communities, the shoreline, rivers and creeks. At the hearing in Abuja, NOSDRA confirmed that its analysis did not show any significant agreement between the fingerprint values from Bonga oil samples and those from the communities. This is consistent with our statement at the time of the incident that it was oil from a third party spill that impacted some parts of the shoreline despite SNEPCo’s efforts to tackle it.”

SNEPCo continues to review and respond to all claims received in respect of the spill. Mr. Onyejekwe added: “We deeply regret that this incident took place, but as a responsible operator and corporate citizen we responded to it professionally and effectively and that everything we did was in cooperation with the authorities and in compliance with the regulations. Also, we cleaned up a third party spill that impacted the shoreline”.