When the Federal Government received a 7-man delegation in July 2011 from the Russian Federation, preparatory to the signing of a draft project implementation agreement between the two nations for the proposed nuclear power plant, the question of how prepared is Nigeria to handle the challenges was left unanswered.

With the signing, Nigeria hoped to boost electricity generation capacity that will culminate in the building of the nation’s first nuclear power plant. 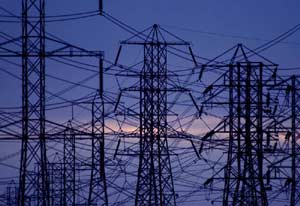 Minister of Science and Technology, Prof Ita Oko-Bassey Ewa said the country was in dire need of diversifying its energy generation base as part of the overall goal of making the nation’s energy sufficient, adding that “President Jonathan inaugurated Nigeria Atomic Energy Commission, NAEC, in September 2011 as the pivotal promotional agency to achieve the objective.

However, it is believed that due to the contamination of the environment and farming fields by the highly radioactive cesium, the non-import of Japanese food by Asian countries, the projected long term deadly health effects, the sharp fall in power generation, and the economy-sapping volume of money that is being spent on reducing radiation levels, is changing Japanese future energy prospects towards green energy.

Consequently, it is not only Japan that is changing views about nuclear energy; Germany will stop generating power from nuclear power plants by 2022.

While these two technologically more developed countries are phasing out nuclear energy, Nigeria, strangely, is hoping about building one.

Speaking at the opening of the Nuclear Security Summit in Seoul, the South Korean capital in March 2012, President Jonathan assured the global community that Nigeria would do everything possible to ensure that adequate safety measures were deployed when the country introduced nuclear power into its energy mix.

According to the President “Nigeria remained fully committed to complying with all international legal and regulatory requirements for safety and security in the use of nuclear energy.”

Contrary to the Presidents desire to see the country secure its first nuclear power plant, Professor Hilary Iyang of University of North Carolina Charlotte USA in an interview with Sweetcrude said Nigeria is far away from achieving it.

He stressed that it is the handling of many materials that comes out of nuclear energy plant that is very harmful like the radioactive substances that comes out from it.

“The radioactive substance that comes out of nuclear energy plant are products of the combustion of nuclear fuel that have the tendency to last in the environment for more than a thousand years,” he said, adding that there must be appropriate and adequate disposing methods for the waste that will emanate from generation of the energy in that regard.

“Until these systems are in place or at least strategically planed for, it is very unwise to go very deep into nuclear energy generation.

“We need to ask ourselves: Where are the scientist that will coordinate such plants? Where are the technicians? They have to be well trained, not just only well trained in theories overseas but their training should be indigenize into the Nigeria system. So you now have all this safe guard measures that are absent.”

With his wealth of experience under the Bush administration, Prof. Iyang suggested that Nigeria Right now need hybrid approaches to develop technologically.

He said much of Chines development came from adaptation of foreign technologies; hence it is impossible for Nigeria to develop on its own at a fast rate.

“The fast pace that Nigeria need is not just engaging only in development of its own technologies. So Nigeria has to adapt a mix of taking technology from one level to the next level and adapting the technology to its own use like the way some of these countries have done, China for example, South Korea did the same thing and a few others.”

Analyst is of the opinion that Nigeria should learn lesson from the worst nuclear accident in humankind history, the Ukrainian Chernobyl disaster of 1986, that was ranked seven on INES,

It was caused by human error, when engineers testing the turbines of a reactor to see if it could produce more energy whenever there is power loss caused a lethal explosion. The faulty design of the Chernobyl power plant exacerbated it.

“If you have anything that has to do with nuclear, you must have a lot of our indigenes involve in it,” Prof Hilary Iyang said.