In order to forestall future occurrences of environmental pollutions resulting from oil spill by vessels and platforms operated by oil companies in Nigeria, the Nigerian Maritime Administration and Safety Agency (NIMASA) has gazetted fresh regulations with the Federal Ministry of Justice which will henceforth guide environmental activities in the petroleum industry and maritime industry.

Speaking at an event inLagoslast week, the consultant to the apex maritime regulatory agency on the new regulations, Barrister Emeka Akabogu listed the nine new pollution regulations which essentially apply not just to oil tankers but also to all oil installations. 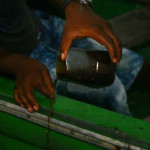 He also explained that the new law is heavy on technical details and that any shipping company, International Oil Companies (IOC) and ship operator who wants to ensure compliance needs to work a lot with surveyors, marine engineers for the purposes of determining the level of compliance of the vessel that they operate.

These regulation also provided for the imposition of levies directly on all ships which can potentially pollute the marine environment, Akabogu said that it does not depend on whether the ship has discharged oil or not, he pointed out that every ship that has a minimum of 10 tons of oil on board whether as cargo or for operation it is likely to discharge oil.

Under the new regime, oil receivers or organizations who regularly receive oil as a matter of routine are also subject to payment of a certain amount of money per anum for the purpose of building up the funds which are used is meeting these requirements internationally. “They are subject to compulsory contributions which if not paid will attract penalties” Akabogu stated.

Meanwhile, with the new regulation, Akabogu explained that there is now a very clear regime of detentions with clear benchmarks for the purposes of detentions.

“It is also important to know that where there is oil discharge within Nigerian waters that carries international implications the operators may open to claims not only inNigeriabut outsideNigeria” he said.