By Oyise Oghene
The Chairman of Bi-Courtney Group, Dr. Olawale Babalakin has advocated for more Nigeria private investors to consider entering into the Public-Private-Partnership (PPP) with the government to fasten development and a massive turn around especially in the aviation industry. 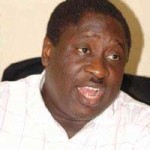 The Chairman who spoke in Lagos said that there would be greater advancement in airport infrastructure if more Nigerians toe the line of PPP arrangements such as that of Bi-Courtney.

He remarks that his company built the new terminal on the ashes of MMA Terminal 1 at no expense to the government adding that the airport was completed within the time frame allotted to it by the government  and the Federal Airport Authority of Nigeria (FAAN) gave them a letter of offer for 36 years.

Dr. Babalakin pointed out that if such PPP agreement continues in the country both in the aviation sector and other economical sectors of the country that Niheria will be better for it as this would greatly increase revenue to the government as well as boost economical activities and growth in the country.