American multinational hardware and software corporation, HP has bemoaned increasing wave of counterfeiting of software in the IT industry. According to the corporation, the colossal loss, on global scale is estimated at about 600 million Euros.

Meanwhile, Hp has vowed revving up its anti- counterfeiting campaign to contain the act, as it hopes to host a stakeholders’ forum for intense education. 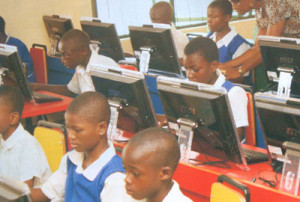 Product counterfeiting in the IT sector comes in the form of a product sold, purporting to be something that it is not.

But through its anti-counterfeit products, HP is unrelenting in stemming the global economic sabotage carried out by some callous minds in the society.

According to the company, most counterfeiting are evident in products like Compact Discs, videotapes and DVDs, computer software and other media that are easily copied and sold through vendors at street markets, night markets, mail order, and numerous Internet sources, including open auction sites.

Meanwhile, Channel Development Manager, HP Imaging and Printing Group for English Africa, Ms Rita Amuchienwa had at a forum to sensitise Nigerians on the importance of IP protection to economic development noted that, with huge economic losses recorded annually to counterfeiting, Nigerians must come to terms on the need to be ‘original and not imitate others’ intellectual assets.

She said, with a portfolio of over 37,000 patents, HP records the most counterfeiting cases in its printing supplies and consumables market segment, while highlighting strategies HP has been taking to miminise the trend.

“To address this serious problem, HP actively fights manufacturing and fraudulent sales of printing supplies on a worldwide basis.

“The company seeks to cooperate with law enforcement authorities to identify and seize counterfeit products, cut off routes off distribution and prosecute fraudsters.”

Amuchienwa stated the company’s readiness to works with policy makers and non-governmental bodies around the world to toughen applicable laws and enforcement capacity.

The company also stated that over the last four years, it had conducted nearly 1,000 investigations in Nigeria and other countries across Europe, the Middle East and Africa.

The investigation led to over 600 enforcement actions featuring raids and seizures by authorities, and nearly 8 million units of counterfeit products confiscated in the process.