ABUJA-Sequel to the visit by the South African High Commissioner, Kingsley Mamabolo 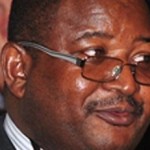 seeking for economic ties with the Nigerian National Petroleum Corporation, NNPC, in the oil and gas sector, a business delegation from the Country has expressed its readiness to collaborate with the Corporation to bring on board cutting edge technology to help rehabilitate the oil and gas pipelines in the country.

Speaking recently during a working visit to the NNPC Towers, Abuja, the leader of the business delegation, Mr. Stephan Mcburger said the visit was to explore the abundant potentials in the Nigerian petroleum sector by the various business investors from South Africa.

“We are here to introduce cutting edge technology that will help in rehabilitating the NNPC oil and gas pipelines that cut across the country and this will also create job opportunities for the army of youths in the country,” Mr. Mcburger revealed.

According to him, the various business investors from South Africa will also help in training Nigerians on the job that will help in sustaining their numerous investments in Nigeria.

Earlier, the Group Managing Director of the Corporation, Engr. Andrew Yakubu stated that the NNPC is ready to collaborate with investors willing to develop the oil and gas sector of the economy stressing that the draft Petroleum Industry Bill forwarded to the National Assembly by the Federal Government for consideration and passage into law would create the enabling environment for investors and bolster investment in the Oil and Gas Industry in Nigeria.

Represented by the Group Executive Director Corporate Services, Dr. Peter S. Nmadu, the GMD averred that the PIB when passed into law would provide a veritable platform for investors from different parts of the globe to invest in the upstream, midstream and downstream sectors of the petroleum industry in the country.

“Certainly at a time like this when critics are expressing uncertainties about the Petroleum Industry Bill, what we are witnessing today is a huge endorsement of the Nigeria Oil Industry. We have a huge delegation of investors from South Africa to discuss with NNPC on potentials of investment in the oil and gas sector. I think this is a positive development because it is a clear testimony to the fact that the PIB is not an impediment to investors as is being touted but a real catalyst for investors,” the GMD informed.

It would be recalled that the corporation has been involved in several partnerships in the past even if much has not been heard of some of such partnerships afterwards. While Austen Oniwon was running the affairs of the corporation the NNPC announced a partnership initiative with LNG Japan Corporation, preliminary discussion on strategic collaboration on the Brass Liquefied Natural Gas to provide the world’s most competitive Finance and LNG marketing opportunity in Asia was announced, while subsequent discussion and commencement of the joint operations expected from the pact were kept in the mute.