ABUJA- As the Minister of State for Power, Darius Ishaku takes over the mantle of leadership as Nigeria’s Minister of Power from his former boss Prof. Bath Nnaji, workers of Power Holding Company of Nigeria, PHCN  have urged the new minister to resolve all labour issues before privatization is completed.
In an exclusive interview in Lagos State Chairman of National Union of Electricity Employees, NUEE, Adeleke Ibrahim said the new minister should address labour issues and issues affecting the nation.
”I’m a Nigerian and I am interested in this country, therefore the Minister of state who is sitting in for the minister of power should look at all the issues associated with power holistically and proffer solutions to them.
“The Federal Government should go ahead with privatisation, but as they do that, they must do the needful for the PHCN staff. We have a condition of service that guides our being employed and it also guides our exist. By law, if I am employ in any government company, I’m meant to work for 35years or if I am 60 years, then I can go.
“But neither of these conditions is applicable but they said we should go because they want to wind down the company. That is fair enough but they should pay us what we are entitled to. We are not supposed to retire and die but we are meant to retire and live a good life.
“We don’t want to retire and live like an AID infected person, as in the case of what happened to people who left NITEL, Nigeria Airways and NPA.
The State Chairman of NUEE urged the federal government to dialogue with PHCN unions in order to settle all labour issues as contained in the condition of service.
“This is all the labour is asking for its members who are also Nigerians,” Ibrahim asserted.
Adeleke Ibrahim urged Nnaji’s predecessor to be labour friendly, a man that will be sensitive to the plight of fellow Nigerians, and a man that is willing to listen to advice.
Commenting on the recent increase in power generation in the country, Ibrahim said it was as a result of increased supply of gas from the Nigerian Gas company.
“We have two sources of power generation, hydro and thermal. When the water level in the dam is low, we can switch to thermal. The thermal power plants can only function when there is adequate supply of gas. If we don’t receive gas, the thermal power plants cannot function.
While receiving the mantle of leader from the former minister in Abuja, the 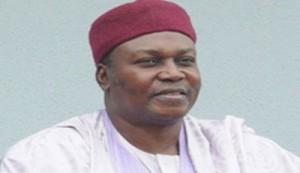 minister of State for Power, Darius Ishaku, assured Nigerians of the continues reform program in the power sector adding that “At this stage, we can’t afford to move backwards. We need to continue the journey.”

It would be recalled that talks between the Federal Government and Labour unions over the issues in the power sector ended in a deadlock as there was no certainty as to when the two parties will meet again.
The meeting was held at the office of the Secretary to the Government of the Federation (SGF), Chief Anyim Pius Anyim with other representatives of the government, management of Power Holding Company of Nigeria (PHCN), Bureau of Public Enterprises (BPE), Nigeria Labour Congress (NLC), Trade Union Congress (TUC) and the Nigeria Union of Electricity Employees (NUEE) in attendance.
President General of the TUC, Peter Esele, who was present, said Labour has shifted a little ground on its demand that electricity workers be paid the 25 per cent contribution to pension scheme which it had earlier insisted upon.