Nigerian funds switch back to stocks as earnings soar

By Laz IBEABUCHI
LAGOS-Nigerian fund managers have been switching into stocks from bonds, hoping that strong earnings and new rules on the bourse will drive them up 25 percent this year. 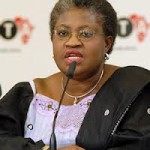 The main market index, which has been hovering around a 59-week high hit last week, has gained 19 percent so far this year, after shedding 17 percent in 2011.
It has also outperformed its emerging market peers , which gained on average just under 7 percent.
“Our target for (holdings of) stocks this year is around 60 percent and 40 percent in bonds,” Mayowa Ogunwemimo, head of Nigerian asset management firm FSDH, which manages 50 billion naira, told Reuters. She had 40 percent in stocks last year.
Pension funds and asset managers are targeting an index level of 26,000 points by year-end on sub-Saharan Africa’s second biggest stock market, which opened at 20,672 points in January, as bond yields fall and the naira stabilises.
The naira has over the last month firmed to around 157-158 to the dollar, a three-and-half-month high, driven by buoyant oil prices and by foreign investors buying up Nigerian assets.
Nigeria’s foreign exchange reserves jumped to a 29-month high of $41.16 billion by Sept. 10.
“Yields on bonds have fallen in the last few weeks because of liquidity from foreign investors, making stocks more attractive,” Ogunwemimo said.
Bond yields, which were at 2-year high last month, have started to fall, shedding 300 basis points on the 10- and 20-year notes, after JP Morgan said it will add Nigerian debt to its emerging government bond index from October.

“I believe it’s a real rally and stocks can find support at current levels, so we are moving our exposure to 10 percent in equities,” said Adeniyi Falade, head of Crusader Sterling Pensions.

Falade said his fund favoured Nigerian banks because the sectors’ earnings have recovered from a 2009 crisis. Most of the lenders were trading at price to book values of less than 1x earnings, compared with pre-crisis levels of 2.5x, he said.
Guaranty Trust Bank posted a 63 percent rise in half-year pretax profit to 53.6 billion naira ($339 mln).
Analysts have put “buy” recommendations on most blue-chip banks and consumer goods stocks since the start of the year with price targets double current prices, anticipating a recovery.
New trading rules coming into effect at the bourse in two weeks could drive the index further, brokers say.
Nigeria’s bourse last week said it will start securities lending, permit short selling on stocks and kick-off market making in Africa’s second biggest economy by Sept. 18.
“The planned commencement of market making is a plus factor for a rally. Investors are taking positions in view of a market structure that will have significant impact to trading volumes,” one stockbroker told Reuters.