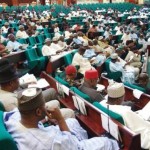 By Joseph BAMIDELE
LAGOS-THE uncertainty generated by the lack of a comprehensive all inclusive legal frame work to guide oil and gas operation in Nigeria has led to an unanimous resolution by the House of Representative to ensure that the Petroleum Industry Bill, PIB be passed.
Deputy Speaker of the House of Representatives, Hon Emeka Ihedioha dropped this hint in Lagos Yesterday on Nigeria Extractive Industries Transparency Initiative, NEITI’s stakeholder’s engagement on PIB.
He said the procedure of passing bills in the House includes requirement that bills undergo first and second reading.
“It is at the second reading stage that the general principles of the bills are debated and if passed, is sent to the relevant committee for further legislative action,” Ihedioha said.
On the part of the House, Ihedioha reassured NEITI and other stakeholders the opportunity to make presentations and necessary inputs into the bill during the public hearing in the House.
When passed, Ihedioha explained that is expected to lay a solid foundation for the regulatory, structural, commercial and fiscal framework for the operations of the oil and gas sector in Nigeria as well as drive broader reforms in the sector.
As an agency set up to develop a framework for transparency and accountability in the Nigeria Extractive Industry, the Deputy Speaker said NEITI has a huge stake and great role to play in the PIB.
According to him “Section 4 of the draft PIB provides that in performing their functions and achieving their objectives under this Act, the Agency and Companies established pursuant to this Act shall be bound by the Nigeria Extractive Industries Transparency Initiative Act.”
To  ensure transparency and accountability in the oil and gas sector, Ihedioha stressed that it is a major commitment adding that the House will support the laudable commitment when the bill is being process.
Outlining NEITI responsibilities, the Deputy Speaker said that Section 190 of the draft PIB provides for the Award Process of Petroleum license.
“This places NEITI at the heart of the award process. Subsection 6 therefore, provides that all bids received based on the bid parameters established shall be processed in accordance with the published guidelines and monitored by the Nigeria Extractive Industries Transparency Initiative NEITI.
This provision in the draft bill has clearly assigned a major responsibility to NEITI to protect our collective patrimony. A resource rich nation like Nigeria must enjoy the fruit of her God-given natural resources,” Ihedioha asserted.
He therefore, tasked NEITI to ensure that the benefit due to the Nigerian government, agencies and  the Nigerian people from the oil and gas industry is accrued to them in accordance with internationally accepted principles of transparency, sustainable development and accountability.
It would be recalled that the PIB is one of the major legacies of the Late Yar’Adua administration but the 6th National Assembly could not conclude work on it before the Assembly ended.
The bill was later reintroduced to the 7th National Assembly in July, 2011, within 30 days of commencement of the 7th National Assembly.