CROSS RIVER: The first lady of Cross Rivers State, Mrs Obioma Liyel-Imoke as well as the former Minister of Transport and Aviation, Mrs Kema Chikwe were among the seventeen women that were inducted on Tuesday into the MMS women of fortune hall of fame. 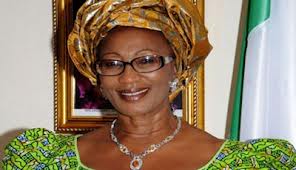 At an elaborate program in Lagos to commemorate its second year anniversary, Kings Communication Limited, producers of the MMS Plus weekly maritime magazine hosted over seventeen women who were identified for haven excelled at their various fields of endevor.

The event had in attendance stakeholders from the petroleum, finance and maritime sectors. Among them is the Minister of Transport, Senator Idris Umar who was represented from the ministry by Mrs. Mary Akpan, President of the Association of Nigerian Licensed Customs Agents (ANLCA) Prince Olayiwola Shittu and his NAGAFF counterpart, Mr. Eugene Nweke.

Other are the Executive Secretary of the Nigerian Shippers Council, Capt. Adamu Biu who was represented by Mr. R. K Sanusi, as well as frontline maritime consultant, Otunba Kunle Folarin.

Speaking at the event, the Minister of Transport, Senator Idris Umar congratulated the inductees and encouaged them to continue to put in their best in order to ensure that the transformation agenda of the present administration is actualised.

The minister also appealed to other stakeholders and corporate bodies to ensure that they lend support to the women folks at all time.

“I urge you to continue to put in your best so that the transformation agenda of the present administration becomes actualized through your efforts, the Federal Ministry of Transport has also been supportive of the women in our midst; this is evident in the support usually extended to the Women in Shipping and Transport Organization (WISTA)

“Let me use this forum to appeal to corporate bodies and all stakeholders to join hands together in supporting our women folks, the federal government is already spearheading this by placing more emphasis on women entrepreneurship under the federal government job creation scheme also called ‘you-win’ programme” he said.

First lady of Cross River State, Mrs. Obioma Liyel-Imoke in her presentation lamented that one of the major problems faced by women in Nigeria today is education, according to her, everybody thinks it is unimportant for a woman to be educated.

In his welcome address, the Chief Executive Officer of Kings Communication Limited, Mr. Kingsley Anaroke explained that the Woman of Fortune Hall of Fame as a fallout of MMS plus Weekly concept has been endorsed by most women professional groups in the maritime industry.