Late Apple chief Steve Jobs has been unveiled in front of his wife and children a year after his death.

A super yacht designed by Steve Jobs, that the Apple founder knew he would not live to see finished, has taken to the water.

The Venus, named after the Roman goddess of love, could well be one of the last Jobs designs the world will see.

The 256ft (78m) vessel was a collaboration between Jobs and the French designer Philippe Starck and was apparently dreamed up after a day-long discussion between the two. 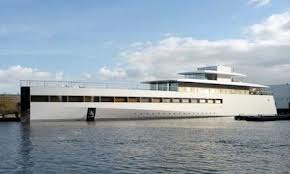 It is, perhaps unsurprisingly, powered by a bank of seven 27-inch screen iMacs that sit on the bridge.

The yacht, built by shipbuilders Feadship, took to the water at the firm’s yard in Aalsmeer, just south of Amsterdam.

Job’s wife Laurene and his children Reed, Erin and Eve were there for the launch and gave those involved in the project thank you notes and iPod Shuffles with the yacht’s name on the back.

According to Jobs’ biographer Walter Isaacson, the vessel, which is made of exceptionally long aluminum panels, was just as Jobs had envisioned it.

In his biography, Mr Isaacson wrote: “… the planned yacht was sleek and minimalist. The teak decks were perfectly flat and unblemished by any accoutrements.

“Like an Apple store, the cabin windows were large panes, almost floor to ceiling, and the main living area was designed to have walls of glass that were 40 feet long and 10 feet high.”

According to Mr Isaacson, Jobs had said: “I know that it’s possible I will die and leave Laurene with a half built boat. But I have to keep going on it. If I don’t, it’s an admission that I’m about to die.”

The vessel also features a “revolutionary” design of large glass windows at a 90-degree angle, rather than sloped, which is usual to help deal with the winds.

Jobs even enlisted the help of the chief engineer of the Apple stores to design a special glass that would provide structural support.

The Venus is just under half the length of the world’s largest yacht, the 538ft (164m) Eclipse owned by Russian billionaire Roman Abramovich.

Starck was asked to help design the Venus in 2007. A statement from his design house said: “The project never changed during the process of five years dedicated to a rigorous work on details, driven by the famous eye and genius of Steve Jobs.” 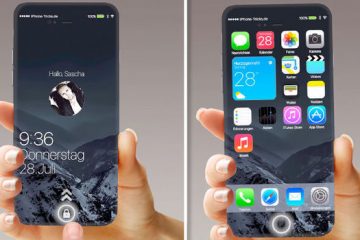 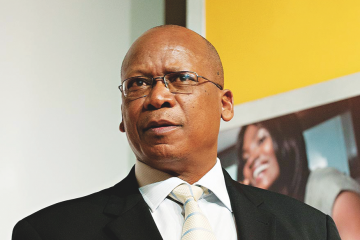