President of Aviation Round Table (ART), Captain Dele Ore yesterday said that for airlines to survive in a changing environment that the Federal Government needs to put in place a long lasting policy in the aviation industry that will not change as new ministers are appointed to run the industry.

Speaking on the topic,”Managing Airlines in a Changing Environment” in a workshop with the theme, “Capacity Building in the Aviation sector”, organised by the Chartered Institute of Logistics and Transport (Aviation Chapter), in Lagos, Captain Ore pointed out that due to the absent of a consistent policy most airlines have been finding it very difficult to survive stressing that each time there was a new minister in the aviation he or she will come with a new policy which was one of the major factor bedevilled the industry. 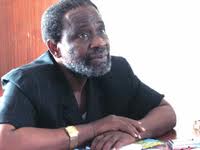 He said”Government has never sat down to form a one integrated policy in the aviation industry that blend effectively into the total transport chain. Government built airports in the middle of nowhere, the roads, the sea are not all integrated to facilitate a seamless transport ion system”

According to Ore, if a well planed policy is put in place, it would help the aviation sector to achieve economic growth in the country as he stressed that aviation was a driver of economic growth and development in every part of the world and that Nigeria was not an exception.

“We should know how to manage the transportation industry, particularly in the aviation sector. Increase taxation, rising fuel prices and political instability has continued serve as major problems in the Nigerian aviation industry” he said.

Ore further noted that domestic airlines should try their best in adapting  positively in what ever environment that they find themselves stressing that in the case of Nigeria that the aviation industry has always been dynamic in nature as he said otherwise the aviation industry would collapse.

“The charges in Nigeria are very high, when this are put together, airlines cannot survive. Intending airlines investors should know the implication of what they are trying to get into. Successful airlines try to slim line their operations; they make money through hotel operation. Government should invest more in aviation, in providing more schools for training and they should specialize in a particular area of study,’’ he added.

Also speaking at the workshop, Managing Director, Skyway Aviation Handling Company Limited, Mr Olu Owolabi, said that the sector was the most international and boundless branch at the world market.

He said that aviation has proved to be a powerful catalyst in promoting understanding and cooperation among its people and the world.

He noted that the demand for transport and logistics service is strong when economic activity is buoyant.

Owolabi noted that Nigeria’s strong economic diversity in the area of climate and population density made the country interesting for exporters and foreign investors to come in.