LAGOS: Destination inspection agent; Global Scan systems Limited has accused the Federal Government of not following the terms of agreement it entered with the company to the letter, even as it says that this bridge of agreement has cost the company a whooping N600million. 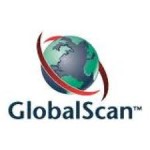 According to the Chief Executive Officer of the company, Mr. Fred Udechukwu who made this allegation at a seminar in Lagos, the government failed to provide a suitable and accessible land for it to construct its fixed scanning site at the Seme border post.

He claimed that the land made available to the company for its scanning site was unsuitable and inaccessible because the place had been used as a dumping site for seized chicken and turkey by the Nigeria Custom Service over the years, the land according to him had also been waterlogged which made the soil experts to reject the location for scanning machine.

“After years of searching for a suitable location, and non availability of one, the management of Global Scan out of commitment decided to do all that is possible to make the location constructive. This decision has led to a sunk cost of about N600million to make the site accessible and constructive”

Udechukwu maintained that apart from the extra financial burden, the delay in providing the site has led to 3years time overrun as the site was made available to his company in October, 2010.

He also quoted that the destination scheme contract entered into with the Federal Government states that “the government shall provide to Global Scan necessary suitable office space and a sufficient allocation of ‘constructive land’ within the airport, seaport and land border posts…”

He however claimed that on its part, the company has been able to fulfill its contract by training 800 customs personnel in the areas of image analysis, scanner maintenance and maintenance, risk profiling among others.

The company according to him has also jointly sponsored 176 customs officers and other government officials on overseas courses and study tours on overview of international best practices in risk profiling, scanning and cargo clearing.

He said that this is against the expectation to train 400 persons as provided for in the contract.