ABUJA: The House of Representatives has passed, for the second reading, a bill to provide for offences and penalties relating to cyber crime in Nigeria.

Hon. Aisha Bayero Ahmed (PDP, Adamawa) sponsors the bill which was first read on September 27. The Bill seeks to amend the criminal code act, Cap C38 law of the federation of Nigeria 2004. 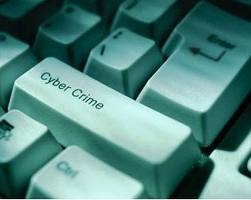 Leading the debate, Aisha argued that the biggest cybercrime of about $242 million in the US was perpetuated by Nigerians.

The House of Reps member lamented that even security agencies, National Assembly and the Nigerian Labour Congress (NLC) among others have had their websites hacked leading to unauthorised persons having unlawful access to document.

She described it as an unacceptable posture being a report that Nigeria is ranked among the top 10 cybercrime offenders in the world.

After deliberations, the House referred the bill to the House Committee on Justice for further legislative inputs.