According to Reuters report, Samsung confirmed through a stock exchange announcement it had won an order to provide four ships to NLNG.

Hyundai said weekend it was in talks with NLNG to provide two additional LNG carrier ships. Both Hyundai and Samsung say the deal is conditional on NLNG securing finance. 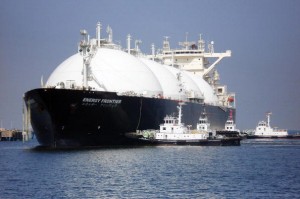 France’s BNP Paribas and Nigeria’s GTBank are brokering a $1.6 billion loan to help fund acquisition of the vessels and that the loan documents will be signed next week, a banking source told Biztellers.

“We are in talks with NLNG but nothing has been finalized yet,” said Kim Kwang-kug, an official at Hyundai Heavy. The source said the loan would be medium-to-long term, with the deal expected to be sealed by the end of March.

NLNG was established more than 20 years ago to harness Nigeria’s natural gas resources, which before that were largely either being left in the ground or flared off as byproducts of oil production, to produce liquefied natural gas and natural gas liquids for export.

The company, which has a capacity to produce 22 million tonnes of liquefied gas a year, has long-term supply contracts with buyers in Italy, Spain, Turkey, Portugal and France and also sells on the spot market. It obtains its gas supply from the upstream oil companies and liquefies it for export.