LAGOS-IN an article written for Africa in Transition by Emily Mangan, an environmentalist, bunkering deals with the storage of petroleum products in tanks. In marine terms, bunkering is the process of supplying fuel to ships for their own use. It is the criminal aspect of bunkering activities that is not sanctioned by any applicable law that is generally referred to as illegal bunkering.

The term, illegal bunkering, therefore refers to all acts involving oil theft, including diversion and smuggling of oil and unauthorized loading of ships. A common process requires tapping into an oil pipeline and transporting the oil elsewhere to be sold internationally or refined locally. In order to access the oil, a small group of welders will puncture a pipeline at night, establishing a tapping point from where the group can operate.

A loss of 300,000 barrels a day costs the government roughly $1.7 billion a month. In comparison, only 5,000 to 10,000 barrels are stolen per day in Mexico, which produces a comparable amount of oil. Pipeline vandalism from bunkering leaves pipes especially vulnerable to leaks, spills and major accidents. Roughly, a quarter of stolen crude oil is sold locally. Illegal artisanal refineries “cook” the crude into separate petroleum products.

The end product yields 2 percent petrol, 2 percent kerosene and 41 percent diesel. The remaining 55 percent of crude goes to waste, most of which is dumped into a nearby body of water or into a shallow pit. Last year, the Nigerian Navy destroyed 260 illegal refineries by burning the site and in some cases, pouring out the stolen oil into the creeks, exacerbating environmental damage. Despite the efforts of the military, other refineries pop up elsewhere because it is such a lucrative business. Each refining camp costs only about $4,700 to set up and can make $7,800 a month in profit. The cost of construction is typically no more than 7 percent of annual profits.

In an interview conducted by John Gambrell of the Associated Press on July 30, 2013, Patrick Dele Cole, a former Nigerian ambassador to Brazil said, “This oil that you are buying is the same thing as blood diamonds. The vast majority of the theft actually sees the oil taken out of the country into Eastern Europe, South America and Asia for sale. Those supporting the theft include Nigeria’s military and the nation’s political elite”. Nigeria’s immediate past finance minister lamented that about 250,000 barrels of Nigerian crude was stolen daily between 2012 and 2014 with no high profile arrests made. Isn’t it obvious who the thieves are?

Stories abound of how the stolen crude is exchanged for cash, ammunitions or both on the high seas. In spite of heavy losses by the illegal oil bunkerers, the business still thrives and Nigeria still loses substantial revenue along the line. According to Thisday Newspapers of October 27, 2015, government through the Directorate of Petroleum Resources, DPR offered to revive structured crude oil bunkering by granting license to some of the bunkerers, 91 of which have submitted bids

The Nigerian military have arrested several low profile illegal bunkerers over time but such arrests rather than dissuade the criminals emboldens them. The current Chief of Naval Staff, in an interview he granted Channels Television, bemoaned inadequate patrol boats and attack ships to police the country’s vast territorial waters as well as insufficient funds to adequately fuel the available ships.

The Navy’s setback is the illegal bunkerers’ motivation! The country is not in financially good times but then, if a reasonable fraction of what is lost to illegal bunkering activities is committed to fighting the menace, a drastic reduction in the activities of the criminals will be enforced.

Now that Yudala, an online shop has delivered its first merchandise to a shopper in Lagos (Herald online newspaper of 29th November, 2015) with the aid of a drone, the law enforcement agents will perhaps, start considering the use of drones to gather intelligence on this organized crime and use the superior advantage the technology has to offer in checkmating the activities of the bandits. For more on the technicalities of drone deployment, refer to DrillBytes of October 21st, 2015 published by the Guardian Newspaper.

Yes, if a drone can be used to deliver peace of mind, it can equally be used to deliver peace of the graveyard! Restructuring bunkering is another way of combating the activities of illegal bunkerers. Furthermore, Nigeria needs to understudy Mexico and see what it can learn from the country in terms of crude management and this is besides looking inwards to weed out the fifth columnists (military and politicians) sabotaging the efforts of government at deterring the criminals. These, in the opinion of DrillBytes, are some of the ways by which Nigeria’s bunkered economy can be revived.

Amaechi reveals plan to move petroleum products by rail in 2016 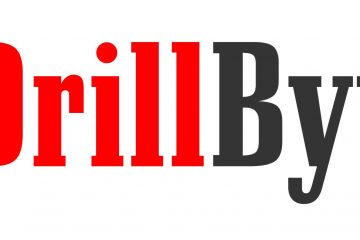