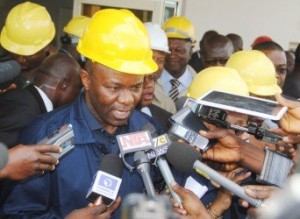 This is contained in a statement issued on Tuesday in Abuja by Ohi Alegbe, NNPC’s Group General Manager, Group Public Affairs Division.
The statement said the three refineries had been projected to increase combined production to over 10 million litres per day by the end of January.
It said a breakdown indicated that the Port Harcourt refinery, which was re-streamed a week earlier, produces about 4.09 million litres while Kaduna yields 1.29 million litres.
The statement added that Warri refinery, which was re-streamed on Sunday, posts a yield of 1.38 million litres.
It said the volume of petrol from the refineries currently operating at an appreciable percentage of their nameplate capacities would help stabilise supply and distribution in the country.
(NAN)