ASABA—THE Ijaw Oil Producing and Pipeline Communities in Warri and Environs, IOPPCWE, Delta State, yesterday, threatened that it would halt the flow of crude oil from Ijaw locations to Warri Refining and Petrochemical Company, WRPC, if the company refuses to recall its kinsmen fired lately and employ more Ijaws in the ongoing recruitment of new workers. 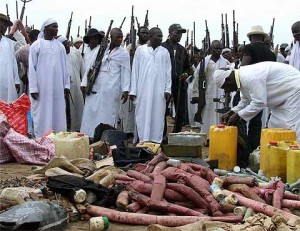 The group, in a statement by its coordinator, Mr. Anthony Zikorebai, said: “We wish to warn that if Ijaw people who were sacked like other neighbouring communities’ workers are not recalled and employed in the ongoing recruitment of new workers, crude oil produced in Ijaw communities would no longer be allowed to be piped to the Warri Refinery.

“The Ijaw Oil Producing and Pipeline Communities in Warri and Environs are calling on the management of WRPC, especially the acting Managing Director of the WRPC, Mr. Adewale Solomon, to stop the discrimination and marginalization of Ijaw people in respect of retrenchment and recruitment of staff and contract opportunities.

“People of Ijaw origin were deliberately and unfairly sacked in the last retrenchment and omitted in the recall of some sacked staff and new recruitment that is ongoing despite the fact that the Ijaw communities are substantial stakeholders in the affairs of the Warri Refinery.