LAGOS-THE Chinese Ambassador to Nigeria, Gu Xiaojie, said this at a reception to mark 45 years of diplomatic relations between both countries in Abuja on Thursday night.

Mr. Xiaojie explained that both countries had strengthened bilateral relations since 1971.

“China and Nigeria have enjoyed longstanding friendly exchanges 45 years ago on February 10, 1971 since the two countries established diplomatic relations.

“Nigeria is China’s largest engineering contracted projects market in Africa; Nigeria is the second largest export market of China in Africa and Nigeria is also the third biggest trading partner and major investment destination in Africa.

“By the end of 2015, China’s cumulated, non-financial direct investment is more than $13 billion.

“Cooperative projects such as the launch of satellite, construction of railroad and the fast development of Lekki and Ogun free trade zones are the true story of China- Nigeria pragmatic cooperation,” he said.

The envoy expressed confidence in the continued relations between both countries, adding that political and mutual trust, and coordination in international affairs formed part of what had sustained the friendship.

“As good brothers, both countries pursue the independent foreign policy of peace, respect each other’s choice of development path and promote south-south cooperation to safeguard common interests of developing countries.

“We also show mutual understanding and support to each other on issues involving core interests and major concerns of each side.

“A good partners, the two countries always adhere to win-win cooperation and common development, thus bringing its benefits to our peoples; thus making stronger the social and civil foundation for bilateral relations.”

He reiterated the commitment of the Chinese Government to promote bilateral relations from a “strategic and long-term perspective”.

The ambassador also recalled that the Forum on China-Africa Cooperation (FOCAC) held in Johannesburg in December 2015 improved partnership between the both sides.

He assured of China’s commitment to the provision of 60 billion dollars over the next three years to support the 10 key cooperation areas identified, which include industrialisation and agricultural modernisation.

He urged that both countries to take advantage of the FOCAC platform to deepen cooperation and jointly safeguard the common interests of both parties and developing countries.

Mr. Lolo commended the growth of the Chinese economy and described relations with China as significant, adding that that China was a major part of the Federal Government’s development plan.

He recalled the meetings between both presidents, adding that President Muhammadu Buhari had accepted an invitation to visit China on a later date to be announced.

“An occasion like this speaks to the quality of relationship between Nigeria and China.

“Equally significant, if Africa has ever needed a friend, Africa has found that friend in China because you have come to Africa, you have shown your hand of friendship, you have stood with the people of Africa in the areas that really matter.

“Our infrastructure will not be the same without the establishment and involvement of different ventures by China.

“As we look in to what the government is trying to do, we cannot look elsewhere but to look towards China to be part of our development in this country.

“The railways that you are helping us to develop, other projects that you are involved in will impact on the lives of the ordinary Nigerians.

“Indeed, government is determined that the mantra of change that they have preached will not be a campaign slogan but a reality on ground and China will be partner of this journey.”

He assured of continuous relations with China, adding that it was a country standing in “partnership, friendship, solidarity and cooperation” with Nigeria.

The event also marked the celebration of the Chinese New Year, also known as the Spring Festival, marked by the lunisolar Chinese calendar of which the date changes from year to year.

The festivities usually start the day before the New Year and continue until the Lantern Festival, the 15th day of the New Year.

Each Chinese New Year is characterised by one of 12 animals which appear in the Chinese zodiac and according to the zodiac, this is the Year of the Monkey, the ninth animal in the cycle.

The Chinese zodiac is divided into 12 blocks (or houses) and each house has a time-length of one year. 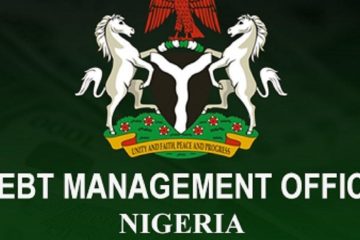