Stock market lost N1.732tn in one year under Buhari

LAGOS-THE Nigerian stock market crashed by N1.732tn within one year of the Muhammadu Buhari-led Federal Government.

Market capitalisation is the total market value of the shares outstanding of a publicly traded company.

Investors in the country’s capital market (equity category)  lost over N1.053tn in the first quarter of 2016.

During the first three months this year, the equities market depreciated by 10.79 per cent. 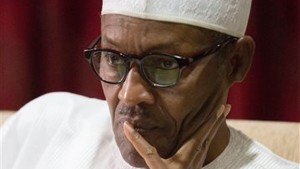 The downward trend in the Nigerian stock market, weeks into 2016, did not show any sign of abating as the market capitalisation continued to fall, with 10 out of the 12 indices of the NSE recording negative stance 10 weeks into 2016.

The market capitalisation of the NSE fell by N811bn in the first 10 weeks of trading this year.

Investors had also made huge losses in the Nigerian equities market last year as the market capitalisation (equities only) of the NSE shed a total of N2.354tn between December 2014 and December 2015.

The President, Nigerian Stock Exchange, Mr. Aigboje Aig-Imoukhuede, last week, said the country’s capital market could not continue to lag behind in the global arena, adding that it needed to strategise for growth to better the economy.

He said the capital market must facilitate capital raising for economic growth as well as mobilise savings for investment.

Aig-Imoukhuede said part of the strategies was a broad consensus on sectorial priorities for growth, which should feed into policy formation.

He advocated for incentives for priority economic sectors like Information and Communications Technology, while pushing for non-listed national champions to be listed on the NSE for others to follow.

He said, “Nigeria is facing a huge growth challenge. Nigeria, indeed, has a big challenge in terms of growth. Employment rate must grow owing to the fact that the population is also growing very fast. Growth is difficult to realise; so, government must stimulate growth.

He described the Nigerian financial market as a ‘high-risked’ market, saying the situation was capable of attracting limited investors who could ultimately stop at nothing to maximise returns.

An analyst at WSTC Financial Services Limited, Mr. Tola Oni, said in the last one year, the efficiency of the country’s economy had been constrained by policies – monetary and fiscal.

He noted that the country had not been able to chart the right path in the past one year, saying some actions by the Federal Government in recent times had shown a rethink especially in the partial deregulation of the petroleum downstream sub-sector and the flexible foreign exchange market.

“Our concern is that this flexibility must mean flexibility in the whole sense of it. We’ve seen the capital market make progress recently owing to these. Any attempt by the government to interfere again could drag us back significantly,” he added.

The President, Constance Shareholders Association of Nigeria, Mr. Shehu Mikail, said the happenings in the stock market in the past one year were a reflection of the country’s economic stance, which is very hostile policy-wise

He said the country had been plagued with serious economic and financial challenges, which had resulted in activities being slowed down especially in the financial sphere, which included the NSE.

Mikail added, “The prices can be better if things turn around economically. The 2016 budget had been passed and the implication of the passage would start filtering into the economy in due course. With the recent forex flexibility, we expect the game to change.

To this end, the NSE Chief Executive Officer, Mr. Oscar Onyema, while commenting on the state of the market, had said, “Among emerging markets, recession has materialised in Brazil and Russia, and the trend is likely to continue amid weakening oil and other commodity prices. The Nigerian stock market had already lost $30bn since July 2014.

“In the sub-Saharan Africa, while the recent performance of Nigeria and South Africa, has been lackluster, the overall region has weathered the commodity slump better than Latin America and elsewhere, with growth slated at 4.3 per cent in 2016, up from 3.8 per cent in 2015.”