Our Reporters
President Yar’ Adua, the Mogaji Inuwa report
LAGOS-IN 2008, late President Umaru Yar’ Adua terminated the contract and ordered the arrest of Pramod Mittal for breach of contraction, debt, and rip-off of the Ajaokuta Steel and NIOMCO, Itakpe. GIHL left the country and took the case the Arbitration Court in London
Yar’ Adua led government inaugurated a five-man administrative panel of inquiry to probe the concession agreement it entered with GIHL on the Ajaokuta Steel Company and the sale of other related Steel companies.
Minister of Mines and Steel Sarafa Tunji Isola inaugurated the Committee at the Conference Hall of the Ministry in Abuja. The panel was chaired by Magaji Inuwa, a former General Manager and Chief Executive of Ajaokuta Steel Company while other members include Ibrahim Gubio, a retired Police Commissioner, Emmanuel Nwodi Ekeh, Vincent Odafe while Kunle Bolajoko is to serve as Secretary to the Committee. 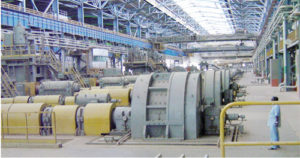 The report of the five-man panel submitted to the steel minister, Chief Tunji Sarafa Ishola, said GIHL failed to deliver on the terms of the concession agreement, instead it used the companies to secure loans without corresponding investments.
According to the committee, the N24 billion secured from Zenith, Ecobank, UBA, FBN, Oceanic, FCMB, Bank PHB and Sterling Bank went into private pockets.
The report expantiates: “As at November 15, 2007, the aggregate borrowings from the Nigerian banks is a little over N24billion. These borrowings are allegedly secured with the assets of Delta Steel Company. BPE confirmed that there have been no board approvals for any of these borrowings and for the assets of DSC to be used as collateral for ASCL and NIOMCO. The figure (N24billion) supplied by the finance director of the GIHL could be more considering the interest of about 14% per annum. One is therefore forced to ask what happened to the funds borrowed.”
The report further found innumerable cases of diversion of value from the ASCL to either DSL or outrightly sold abroad for cash. The bottomline, the panel said, is that ASCL is gradually being crippled while GIHL’s interest is being buoyed in Nigeria and overseas.
“On the resumption of GIHL management at the ASCL and NIOMCO, processed iron ore stored at ASCL were carted away to Warri and sold to interested groups overseas.”
Sales of the said processed iron ore had continued for a while before the Monitoring Committee assessed what was left at a little over $2, 077, 545, 00. GIHL paid about $1, 000, 000 and just a week into the life of this panel the processed iron ore should not have been sold in the first place. It is a vital raw material for production at ASCL.
“Mention has been made of the issue of Essential Premium Scraps needed by ASCL which Global carted away to DSC. These scraps are worth N203,371,260.27 at today’s prices. This money is yet to be paid to FGN. The scrap should not have been sold because ultimately ASCL will need to import similar premium scraps at a higher price sooner or later.”
The panel chaired by Magaji Inuwa called for a review of the approval given to GIHL by the National Office for Technology Acquisition and Development (NOTAP).
One of the ways the GIHL claims to have spent money on Ajaokuta is through technology transfer. GIHL said it has transferred US $17,356,896.02 using NOTAP approvals.
In order to ensure that it does not part with a penny on the Ajaokuta deal, GIHL, in concert with its Nigerian sponsors, came up with a report that put the value of the Ajaokuta Steel Company at a paltry $300 million.
The company also submitted a letter to BPE, another report that says it has spent the sum of $250 million on the Ajaokuta Steel Company since August 2004 when it took over the management of the Nigerian steel giant.
With the $250 million expenditure it submitted and which it claims to have spent, GIHL maintained it had already spent far more than it was expected to pay for the 60 percent share of the company it is targeting in the privatisation deal.
By its claim, GSHL would not only take Ajaokuta free of charge, it would also expect the government to make a refund of some millions of dollars to it, being the excess of what it claimed it had invested.
But the report deflated this claim by the Indian firm, saying “We requested for evidence of this massive investment but GIHL could not substantiate this except for a list of spare parts and consumables bought and cleared by DSC.”
Another startling revelation of the panel is that since GIHL took over the running of Ajaokuta Steel Company, it has not paid the salaries of workers regularly. This has led to several industrial disputes between the management and workers of the establishment.
GIHL owes both the Russian and Ukrainian experts working with them salary arrears for about a year.
Chairman of Nigeria Union of Mines Workers, NUMW, Mr. Ogboko Newlife informed Newsmen in a telephone that before late President Yar’Adua terminated GIHL contract, the company grounded NIOMCO, Itakpe, sold parts, owned workers 13 months salaries and left the country.
With the mounting evidence of debt, breach of contract, and degradation of NIOMCO, Itakpe, the Minister of Solid Minerals Development, Dr Kayode Fayemi on Channels Television said Federal Government could not provide evidence against GIHL.