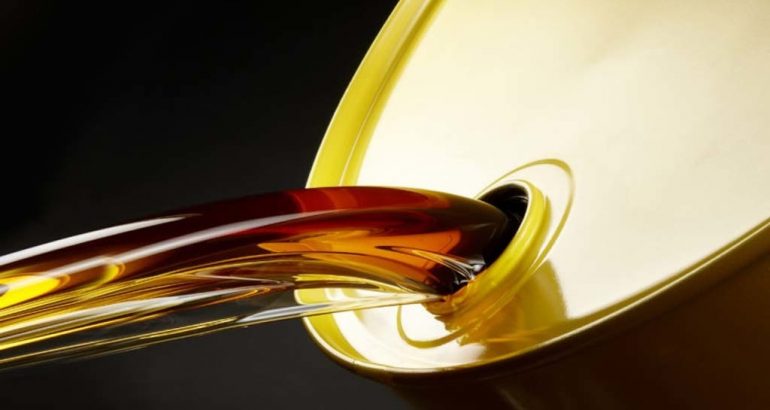 ABUJA-SENIOR officials of the Nigerian Content Development and Monitoring Board (NCDMB), Total Energies Nigeria and the Department of Petroleum Resources on Saturday in Port Harcourt, Rivers State celebrated the load out of the AMD 2 Module of the Ikike Development Project, describing it as another remarkable Nigerian Content accomplishment by Total Energies Nigeria Ltd.

The AMD 2 Module is a component of the Brownfield package of the Ikike project, and the contractor is Sudelettra Nigeria Ltd. The project is being developed as a satellite tie-back to the Amenam-Kpono field, also owned and operated by the Total/NNPC JV.

Delivering his address at the load out ceremony held at Sudelettra Fabrication Yard, the Executive Secretary of NCDMB, Engr. Simbi Kesiye Wabote lauded Total Energies for being a worthy partner in Local Content development since the enactment of the Nigerian Oil and Gas Industry Content Development (NOGICD) Act in 2010. He hinted that Total’s local content milestones on the Egina FPSO project remains a reference point for major project promoters to date.

The Executive Secretary who was represented by the General Manager, Projects Certification and Authorization Division, NCDMB, Engr. Paul Zuhumben noted that the Board and Total collaborated at the beginning of the Ikike project to earmark high local content commitments and targets which had now yielded fruits.

He listed some of the pace-setting statistics of the AMD-2 Module to include all engineering design works domiciled in Nigeria with 93 percent or 89,003 man-hours by Nigerian personnel and entire fabrication scope executed at Sudelettra Fabrication Yard, with Nigerians performing 98 percent of the 298,158 fabrication man-hours.

Wabote assured that other work scopes on the Ikike platform would be domiciled in accordance with the agreed local content targets, to sustain the job creation drive of the Federal Government.

He said: “in line with the commitment of Total Energies in the signed Nigerian Content Compliance Certificate (NCCC), hook-up engineering and tie-in services, inspections and integrity works, pre-commissioning and commissioning, marine activities would be executed with over 95 percent Nigerian personnel with locally owned equipment and assets.

“This is in keeping with the Board’s initiatives geared towards utilization of Nigerian owned marine assets and investments.”

The Executive Secretary further noted that the AMD-2 Module provided an opportunity to carry out refresher oil and gas trainings for 57 personnel as well as trainings for 30 new personnel. He requested the contractor and Total to retain the trainees in the remaining part of the Ikike project.

In his comments, the Executive Director, Total Energies, Port Harcourt District, Mr. Obi Imemba indicated that the entire Ikike project has recorded 77 percent overall progress and the construction of the modules-topsides, platforms, risers, jackets and all other packages were executed in various Nigerian yards by different vendors as approved by NCDMB. He added that “Our offshore campaigns are also being executed with vessels that are domiciled in Nigeria and the drilling is with Nigerian companies.”

He confirmed that the company had used the project to enable more than 30,000 jobs directly and indirectly, highlighting that all the aspects of the job were done with the spirit of promoting Nigerian Content and in collaboration with industry stakeholders.

The Executive Director also underscored the company’s commitment to developing a pipeline of oil and gas projects and supporting additional production potentials of Nigeria, adding that the company was keen to capitalize on all the lessons learnt from previous projects to develop the Ikike project in a simple, cost effective and efficient manner.

He recalled that the Final investment Decision (FID) for the Ikike project was taken in 2019, with support of the partners and the AMD-2 Module started in 2020 and on completion it weighed 250 tons.

He commended the contractor for delivering on the project despite the scourge of the COVID-19 and economic challenges and for recording more than 500,000 manhours without any Loss Time Injury (LTI).

Imemba assured that the offshore components of the project were already in progress, including the installation of topsides, adding that that commissioning and celebration of first oil were expected early 2022.

The Project Manager of Ikike Project, Total Energies, Mr. Modestus Nwosu confirmed that over 44 Nigerian vendors were engaged on various scopes of the Ikike project. He added that the project had also followed the instruction of the Board to undertake the renovation of a hostel and workshops in Government Technical College in Port Harcourt, River State. 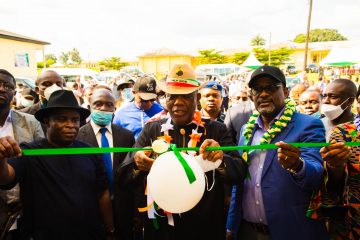